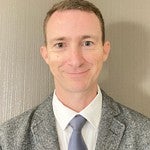 Richard was born in Massachusetts but raised in Florida. He attended the University of Central Florida in Orlando, where he majored in Political Science (International/Comparative) and minored in Criminal Justice. He received his Juris Doctor from Florida A&M College of Law, also in Orlando, Fl.

During law school, Richard interned with a Bodily Injury firm (Plaintiff side) and a tax firm. Since passing the Florida Bar he has worked in the public sector as an Assistant Public Defender for Florida's Third Judicial Circuit, and as a Senior Attorney for one of Florida's Executive Agencies. In his time with the Public Defender Richard tried both Jury and Non-Jury trials and, after full evidentiary hearing, won immunity for a client under Florida's ‘Stand Your Ground' law.

Richard has also spent three years with GEICO in Orlando as an Attorney II. During this time, Richard practiced mostly in Breach of Contract. Despite thoroughly enjoying his time with GEICO, Richard and his family desired a change away from Florida and moved into Downtown Seattle.

Historically, Richard has enjoyed writing and spending time with his family (spouse Jennifer and their son and daughter). Since moving to Seattle, Richard also enjoys being cold.